Synergy. The new birth
of an ancient studying.

Главная » Blog » Synergy. The new birth of an ancient studying

Synergy. The new birth of an ancient studying

Synergy is the newest method of energetic impact, but speak that, Synergy is a new method is premature, after all, this term was introduced by the Holy elder of Athos and the teacher of the Church of St. Paul. Gregory Palamas in the 14th century, and was defined as an assistance (Greece –συνεργία) between man and God, (deification) of man in the Christ energy, the complete transformation of his consciousness and as a consequence energy.

The theme of religion for the most of us causes rejection for various reasons, it is the pain of the past generation of theology, when the ancient faith with the roots ripped out of the nation, it is inflated anti-Church propaganda on the Internet, it is the discredit of the Church itself and the Christian studying. But mostly it is inability the majority to accept the divine light, come closer to him because of numerous disorders in our soul.

This transforms in many diseases, and in the disease of Genus, relationship, family, children. These are diseases of our mind, incapable of the real vision without illusions, incapable of going beyond the material and the secular, and yet seeing what is and what awaits us beyond life and death.

Religion, knowledge of God and Synergy

This rejection and inability to cross a certain typical border pushes many people from the true faith of ancestor – Orthodoxy, despite an internal deep call to God, makes us look for this way in other teachings and religions. And when the conversation about the method of Synergy appears – reviving the true understanding of the divine Power. For many people all of these internal contradictions are exacerbated, and a person passing a significant ecclesiastical path of development, says – why do I need it? it’s Church! It is a religion; I have my own way to God! Yes, but and how many excuses can appear in our head?! 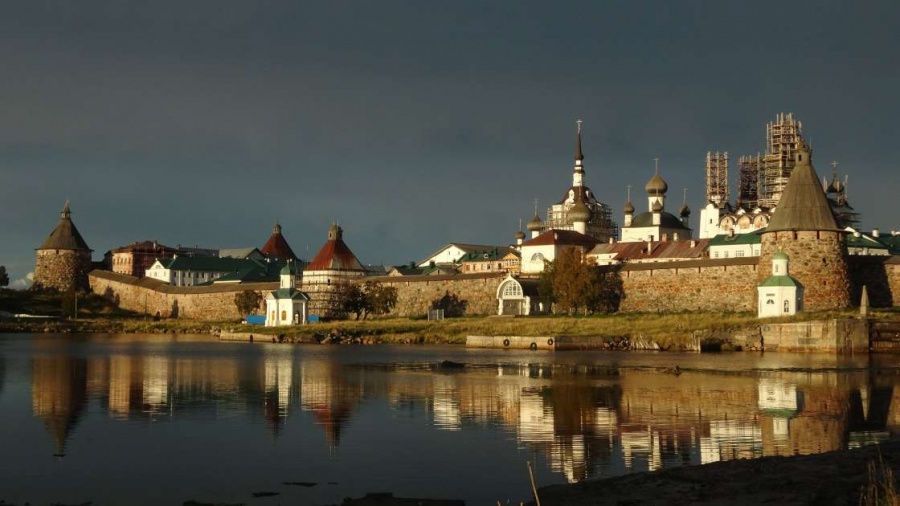 Knowledge of God is the natural way of any ecclesiastical development. Moreover, there is no further progress on the ecclesiastical way and many early achievements are simply eaten up by the evil passions and negative tendencies of development that came after the initiations and getting strength. A student has to borrow the knowledge and ecclesiastical experience in other teachings, or he remains to work at the initial level as a healer and mentor.

Synergy is a natural knowledge of God

With apparent simplicity, this method is not revealed at all, because in addition to our will leading us to God, we need the will of God coming to us. Only clean inside and sincere people are able to break self-deception and illusions to see the truth and falsehood, having vaccinated against hypocrisy and ostentation, can benefit and live in peace. And both God and fate cannot be deceived, He comes only to those who are capable of serving and is destined for the future world!

Practical application of method of Synergy

There are three main and important directions of practical application of method of Synergy:

It would seem that nothing new, but if separate the corn from the chaff look impartially separating the effects of placebo and auto-suggestion, all the illusions, affirmations and suggestion and leave one naked truth. What we see? Is the fear of death, inevitable, unknown and invisible, conquered? And is man alone, without God’s grace, able to withstand the Unknown?

Able so far as the blind can in the fight to confront the sighted, and no more. Vision can prepare a student to the transmission, but this field is closer to practice, about which I would like to talk later. In generally, neophyte, having the experience of conscious dreaming and astral outputs nothing useful about the afterlife, and the Heavenly Kingdom will not open, and in the best case will be convinced of the reality of purgatory, but what we need for our souls – the Heavenly Kingdom, it just doesn’t open and come back only in the unity with Being.

Also speaking of help to the dead, because the dead can see, but can’t influence, and a living being influences, but cannot see. The paradox of being? And even what and the meaning of its existence is only that people come to the Holy Spirit and arm themselves with it. The power of faith of living is higher in hundred times, because his faith is not determined in Eternity and God hears him and responds.

In one or another way everybody is susceptible to this terrible phenomenon. You don’t know, what can happen with you in this or another minutes, how you will behave yourself in the extreme situation, you don’t know, who is behind our evil passions, thoughts, visions, do not know what our enemies look like and the violations made in energy and physics.

Most of it is not given to know and see and even such a question is forbidden to ask. The evil one is used to act in the secret, to make sure us that he does not exist and his hearing, all our consciousness resists this fact. God, yes there is, and we believe in him, and there are no demons, this stupidity all! And so, this invisible enemy will act, as he always did, and the weapon against him is only prayer and the Holy Spirit.

Many will argue with, they say that we are capable to withstand these substances. I agree, but only small parasites, larva and other which do not have consciousness. Against demons, that is, substances having consciousness, our energies are powerless, because they manage people through the mind, through passion, through the direction of energy of mind and need a change of consciousness, to remove the intrusion.

And this is impossible process for a man, only coming to the Faith and the only perfect consciousness of Christ radically changes everything. And this is the only power in the world able to confront directly to the human enemies and keep them in a distance.

The energy of the God-man Christ in each of us is able to restore the image of God, and remove all claims of human enemies, on your energy, consciousness, life and soul. It and only it!

Once upon a time , while at the training of the traditional culture curanderos (healers of South America), I saw that, working with intrusion, a healer began to read a Christian prayer to the St. Francis. I was amazed and brought to some discussions.

Indeed, the appeal of tribal shaman of the ancient family is amazing, but Indians are the deep practical people and use all the means required for the healing. In his family for thousands of years supported and grown up this knowledge, but at the moment of christening and acceptance of Christian faith, Indians has accepted him unformal but with the deep understanding of its practical necessity. Since then the healers of the jungle curandero, have practical experience in the use of the power of prayer, and even special training-called a diet (fasting) of the Holy spirit.

Indeed, intrusions and obsessions are rare traditional communities, where Indians live in harmony with a nature and are pure, not counting outright outcasts – evil sorcerers bruho, who, however, and do not seek to get rid of the obsession, and serve him. Newly arrived white people and mestizos, are much more damaged by the violation of the natural harmony of life, and for them, especially with intrusions, energies of the Holy Spirit are indispensable and exceed to the power of medicine herbs. That’s why they are used.