The mountainous Adygea – eternal and mountains

The mountainous Adygea – eternal and mountains

Adygea is located among the mountains and hills. This is the ancient land and its peace is so serene, that the gentle chime of the shepherd bells does not violate this silence. Here from the bustle of roads and cities, the consciousness can’t enter into the general rhythm of serenity for a long time, but stopping, you have touched to the Eternal.

The mountainous Adygea all is the Place of Power, faults going far into the geological history of the Earth, there is an active space-time layer of the Tethys sea, the era of the formation of the Caucasus mountains and the continental part of Eurasia. Other relations of the space and time for the human understanding is the eternal as the countless series of events which is unconceivable. As the dissolved piece, you are ready to accept this peace of mountains, which in no way and never will affect anything that can excite you.

The mountains invite, and you are able to be a small particle of their world, dissolved into their heavenly beauty, to become a notch. Exaltation is their gift, from here like a mountain eagle, you can see yourself as it is, see the whole picture of life in the details.

Mountains are severe and inflexible; their spirit is great and output on their Power makes you like higher on the head. This dialogue can’t be expressed in the words, they call to theirselves, but the path is not easy. There will be a lot of obstacles on your way like as heavy climbs, you will be flattening in the canyons till intoxicating mountain heights will not touch the depths of your consciousness.

The power of the mountains

Everything is unique here, there is own little world in each corner of this wonderful Adygea, perfect and multidimensional world of energies. Upper and lower realities, flows of earthly and heavenly energies are so twisted, that it is too difficult to understand where you are and where you should go. 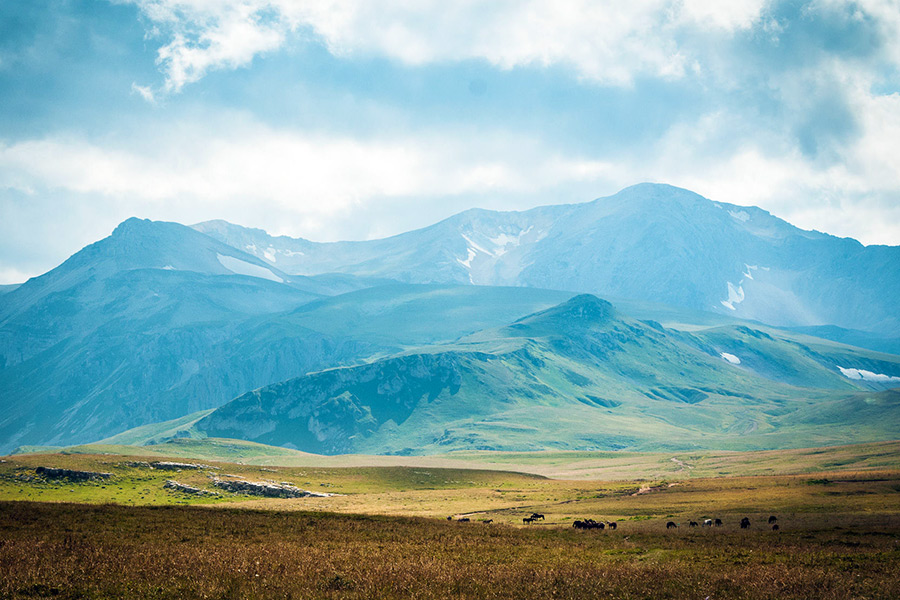 There are powerful outputs of the natural uranium energies in some places. The ancient builders of dolmens used these places. Dakhovsko-Deguakskaya lens is continuous ascending flow of energies, the valley is surrounded by craggy mountains, works as an outer antenna, even it has the same shape as a satellite dish. In any situation such work of earthly energies always goes on the exchange and synthesis, therefor such ascending flows attract cosmic energies and local informational fields.

Brief description of the place of power

Dakhovskaya is a Cossack village, located on the place of confluences of rivers Belaya and Dakh, on the place of the Circassian aul Dakhe, before there has been the biggest center of dolmen civilization of the Hittites. People live here for a long time, there is a stopover of the ancient man, and mountains keep these moments of the human history and it is alive in the space of outside the time

The spirit of ancestors, who lived before us on this Earth and the images of the Earth, all of this is alive and brings the key conditions for the understanding of the place. We are different genetically, but all of us are the children of this Earth, this Eternal. And all what was available for the understanding of our ancestors, can be available for us.

Lagonaki – is the mountainous plateau of fruitful grasslands, all living being is unified in this grace. The rapid raise along the straight asphalt road, only clicks in the ears speak of a considerable height, 1700 meters above sea level. It starts the plateau behind the mountain range of Azhishtown, where the relict Azhishskaya cave opens for the excursions.

The cave is 2 million years old, the untouched and constant frequency of Earth are here, the effect is immediately felt on all energy centers, but the main work, as in the most places passes through the 6-energy center. The remarkable feature of this cave is the Wedding hall, where there is the giant column – dripstone at least 1,5 million years old on the flat round plate. Two more such columns open the entrance to the hall, passing between them, you are cleared, all alien energies are removed from the aura, at least for the time being in the hall.

This is the famous place of pilgrimage, since time immemorial, there are still some of the most exotic weddings, people believe in the fulfillment of their wishes, the cave is famous for the healing air that cleanses the lungs. The relict cave, according to the archeological data, is the same age as Homo, for the modern person this information is beyond of his understanding, it is eternity.

It is enough only to touch the column, as a wave of energies covers the body, it is the trans state. The eternity, in its concept is the mystery that can scare layman, it is the mystery of birth and the mystery of death, the incredible journey of the soul through incarnation chain, it is endless search of an exit, return to the divine source.

What the eternity is for you, where you are in it, solubility or individuality, as compression and expansion, the endless rhythm of centuries and our rapid life. Only an elusive image by eye, only something unchanging in the eyes while you are alive. Here, beyond the rhythm of life, you open your nature, in an endless series of incarnations, understanding forever what you are, and it is invariable. It has always been and it will be the same.

The slow climb up in the world of sun and heat and you are habitually entering in your world, the road goes up on the plateau. The earth will call by its warmth, you are lying on the grass and filling with pure light what is left forever in eternity.

The highlands of Adygea

Here is the land of fruitful grasslands, you are dissolved in love, heady mountainous air and untouched peace. The highlands are the heavenly territory, the flights are in dreams and reality, unexpected visions. It is not surprisingly, that plateau is the favorite tourist route and the object of pilgrimage. 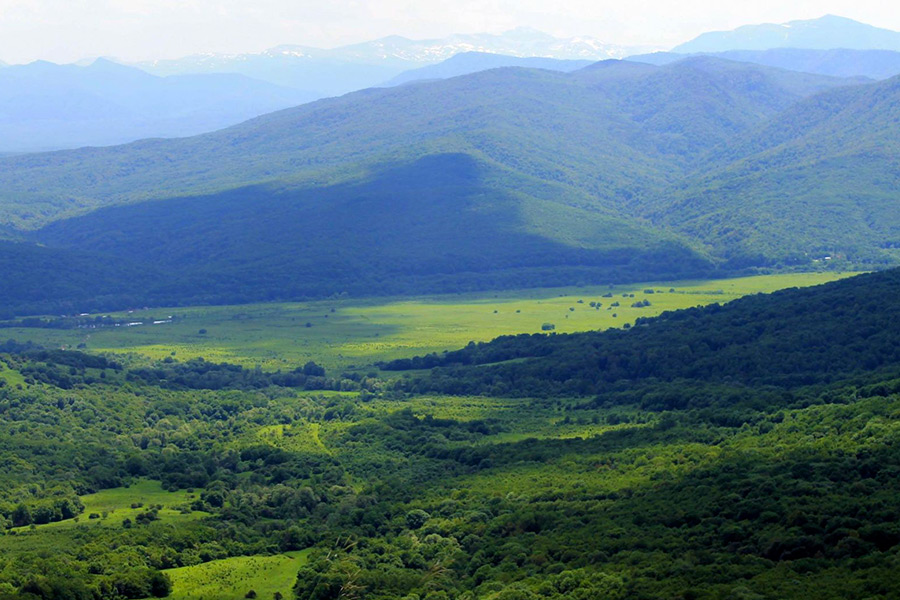 I remember these places, with the untouched wild nature, the expedition to the mount Fisht which is in the center of the plateau. In those days, the peace of mountains was only occasionally disturbed by the ringing of shepherd’s bells. Further, the path goes through the passages to the sources of the Belaya river, where the age-old Caucasian forest come to the highlands, the stormy river goes to the valley by the mountainous garages.

The highlands are intoxicating, giving a strong and unusual sense of the reality of our I, which is better to forget here. Here the love and peace, joy and happiness of summer prosperities, these conditions are grown up by the ancestors on this land for centuries, and every summer raising herds from the valleys to the mountains, they lifted their Spirit. Love to the mountains is not a whim, it is a vital need in the inner purity and clarity, what our contemporaries lack.

You don’t have right for a mistake in the mountains, here everything is exacerbated to the limit, opened all what you have in your soul, and every moment your fate is deciding. You study to appreciate the most important treasure-life.

Life is an eternal timeless value, it is invisible, it is filled with spirit, energy, substance, it is constantly changing, but it is unchangeable in its basis in Eternity. It is only necessary to merge with it, as the nature of the eternal beginning will reveal and uncover you, awaken to action. The isolation of man from the world of nature, speaks of his likeness to the Creator, each of us carries the seeds of his own creation of the world.

The earth is a thousand-year-old arena for the manifestation of the magical nature of man, which is manifested in the illumination of personalities and fates of entire nations. Each of us is intended to grow these seeds of creation in the world.